Senegal guest of honor at FEMUA 2020: the official launch took place this morning in Dakar 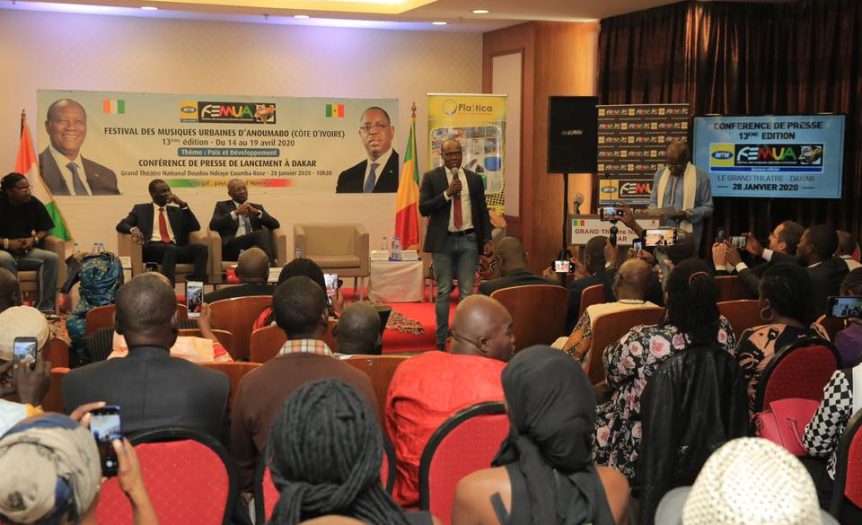 Senegal is the guest of honor country of the 13th edition of the Anoumabo Urban Music Festival (FEMUA) in Côte d’Ivoire. The choice made for Senegal was not made by chance, said Salif Traore dit A’salfo, a member of the legendary Magic System group, in Dakar.

Indeed, the Grand National Theater Doudou Ndiaye Coumba Rose of Dakar hosted this Tuesday, January 28, 2020, the press conference to launch the 13th edition of the Festival of Urban Music of Anoumabo (FEMUA) in Côte d’Ivoire. The ceremony took place in the presence of Salif Traoré (A’salfo), Commissioner General and promoter of FEMUA, the Senegalese Minister of Culture and Communication, Abdoulaye Diop and the Ambassador of Côte d’Ivoire to Senegal, Gal Touré Sékou.

The choice made for Senegal as guest of honor at the 13th edition came naturally, says Salif Traoré. After the choice made last year over Burkina Faso, the country with the most nationals in Côte d’Ivoire, the decision to invite Senegal for this edition quickly won unanimous support.

“We have improved FEMUA and since last year, we said to ourselves, we are going to invite a country each year to come and share its experience. You don’t get up like that to invite a country. Before, we weigh the pros and cons. We weigh what this country can bring. The first country we had to invite, of course, was Burkina Faso. Because it is the country with the most nationals in Côte d’Ivoire. (…) With my young team, we sat down to say which country we can invite for this edition. And everyone was unanimous. Everyone said Senegal, Senegal. So it came naturally. Because also, we found that the links between Ivory Coast and Senegal are so close that it was said, it is obvious, “explains the vocal lead of Magic System.

The choice of the country of Teranga is, indeed, underpinned by a strong conviction that Senegal will come to FEMUA to demonstrate “its creative genius”. Because, explains Salif Traoré, the country of Léopold Sédar Senghor is a “pioneer of African culture”. “Senegal can teach us a lot; with Senegal, we can discover a lot, ”he says.

In addition, for A’salfo, choosing Senegal in 2020 can also be very beneficial for Côte d’Ivoire, which is “in a pivotal year, the year of the elections”. The promoter of FEMUA indeed hopes that Senegal will also come “to say how it was able to manage these situations, share its experience”, “because he believes, in terms of democracy, Senegal too is a country that has proven itself “.

“So having Senegal at FEMUA will not only be cultural. But politically, it can bring something when you are in an election year. How did the press calm things down? How has culture been able to appease things? You can go through culture to do a lot of things, ”he says.

“It is all of Senegal that is honored” to have been chosen as guest of honor for the 13th edition of FEMUA, said Minister of Culture Abdoulaye Diop in his remarks. According to the Senegalese official, Côte d’Ivoire and Senegal, “they are the same people”.

On the economic level, “Côte d’Ivoire is an important partner of Senegal”. Abdoulaye Diop also promises a good participation from Senegal “through his talents and his cultural diversity”.

The launching ceremony saw the presence of many Senegalese officials and a strong Ivorian delegation. In addition, General Sékou Touré, Ambassador of Côte d’Ivoire to Senegal, also took part in the ceremony.

The 13th edition of the Anoumabo Urban Music Festival (FEMUA) Côte d’Ivoire is themed: “Peace and development”. It will take place from April 14 to 19, 2020. 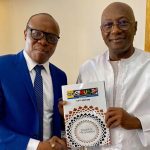 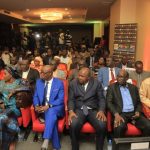