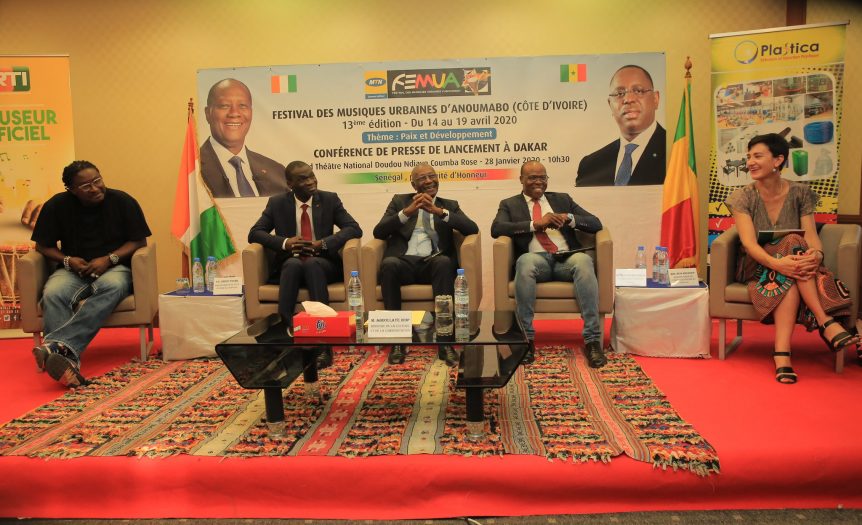 This year, the Anoumabo Urban Music Festival (FEMUA) will be held from April 14 to 19, 2020 in Abidjan. Senegal will be the country of honor with its culture, its artists and the key players in the artistic world. This is the announcement made by the General Commissioner of the festival, Salif Traoré, known as A’SALFO of the Magic System group, initiator of the event for 13 years, during a press conference in Dakar (Senegal) on Tuesday January 28, 2020.

Surrounded by the Senegalese Minister of Culture and Communication, Abdoulaye Diop, the Ambassador of Côte d’Ivoire, Touré Sekou, the Ambassador of the European Union and the artist Didier Awadi, Salif Traoré said his proud to be in the country of Teranga to officially announce this invitation.

“After Burkina Faso in 2019, it is natural that we chose Senegal. We know the cultural richness, the talents, the close ties and the history between these two countries “, said the Commissioner of FEMUA 13. This will be an opportunity to promote Senegalese culture, but also and above all to share the experience of Mbalax country around the theme “Peace and Development”.

“On the eve of the elections in Côte d’Ivoire, we want to share the experience of this sister country in terms of citizen participation and stability. Young Ivorians, journalists, artists and decision-makers will meet during FEMUA to discuss various issues, “added Salif Traoré.

High-level panels, meetings on themes involving youth, concerts and social actions are on the menu of this edition. To this end, the European Union intends to make its contribution with exchanges on the values ​​common to Africa and Europe, an opportunity to bring people together.

In addition to Senegal and Côte d’Ivoire, several participants from a dozen countries, including Burkina Faso, the DRC, Tanzania, Kenya, as well as artists from Europe, are expected.

The Ambassador of Côte d’Ivoire to Senegal, Touré Sékou, representing the Ivorian Minister of Culture and La Francophonie, Maurice Kouakou Bandaman, did not fail to welcome this innovation from the “Guest of Honor Country” which promotes dialogue with others, factor of peace and stability.

The official launch of the festival is scheduled for March 12 in Côte d’Ivoire, where the names of the invited artists will be announced. 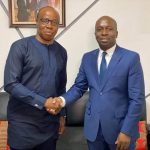 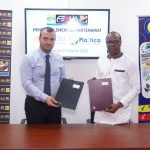 Next Story
FEMUA 13: renewal of partnership contract with Plastica