FEMUA 12 opens in Abidjan around the theme “Gender and development” 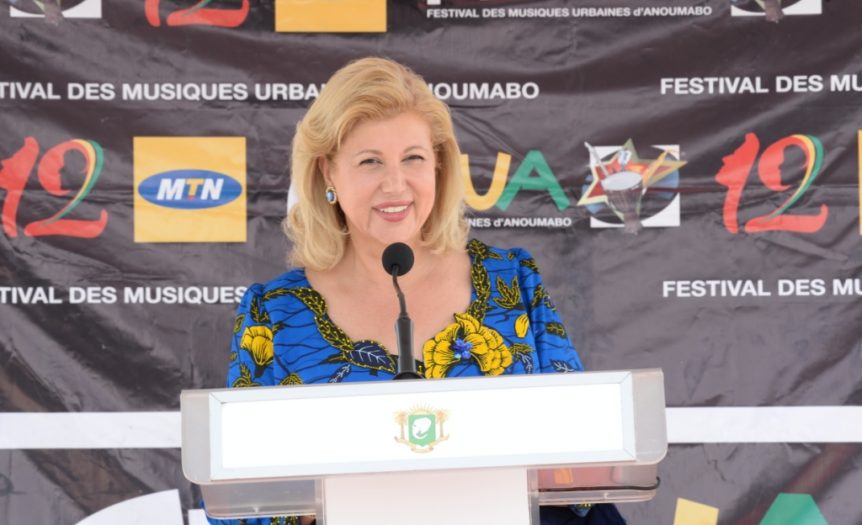 The 12th edition of the Anoumabo Urban Music Festival (FEMUA), organized by the legendary Ivorian group Magic System, opened on Tuesday in Abidjan around the theme “Gender and development”, during a ceremony attended by the First Dame Dominique Ouattara, sponsor of the event.

Mrs. Dominique Ouattara said she was “very happy” to take part in this great music festival, placed under the theme “Gender and development”, in a speech at the opening of the festivities in Anoumabo, the village that saw the birth and grow the magicians A’Salfo, Tino, Goudé and Manadja.

For her, the theme of gender concerns the well-being of women and the balance of society, a question that challenges all decision-makers around the world. During the festivities scheduled for April 23 to 28, 2019, reflections will be made on the empowerment of women and the education of young girls.

“Investing in the human rights of girls and women, promoting their access to resources, economic opportunities and political and social leadership is a lever to increase economic growth and lay the foundations for a more just and equitable society”, a supported A’Salfo.

He lamented that at the dawn of the 2030 agenda, poverty had a feminine face. Because, “almost 70% of the poor people in the world are women”. And when disaster strikes, they are the first victims.

In order to materialize the parity, the organizers of FEMUA chose for the different scenes eight women and eight men, that is to say 16 singers constituting the artistic stage which will ignite the public in Abidjan and in Gagnoa, city of the Center-West Ivory Coast, where will be held fence.

A skylight has been opened for Burkina Faso, the first guest of honor to an edition of FEMUA. The Burkinabe Minister of Culture, Arts and Tourism, Abdoul Karim Sango, hailed the promoters for this privilege which allows Burkina to present its cultural and artistic values.

Revealed to the whole world by their hit hit Premier Gaou, cult song of their musical career, the legendary group Magic System is today one of the emblematic figures of the African showbiz. Concerned about the happiness of others, the group has invested in humanitarian work.

On the sidelines of the opening ceremony, festival-goers and officials, including members of the government, visited a women’s institute rehabilitated by the First Lady of Côte d’Ivoire, Dominique Ouattara, in Aliodan.

Sixteen artists from diverse backgrounds will follow one another on the stages of FEMUA 2019, including the French rapper of Ivorian origin Kaaris, the Nigerian jazzman Femi Kuti, Roga Roga of the DRC and his legendary group Extra Musica, the Rwandan Buravan, winner of the RFI Prize 2018. 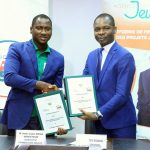 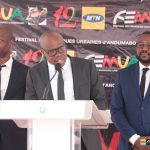